Young boy, like a cruel angel's thesis, Live up to be a legend Even though clear blue winds Beat on the door of my heart, You just smile, looking straight at me Too involved in yearning for Something to hold on The innocent eyes still know nothing of fate yet. But someday you will notice On those shoulders of your There are strong wings To guide you to the far future.

Problems playing this file? According to the liner notes to the album Refrain of Evangeliondirector Hideaki Anno had originally wanted to use a piece of classical music as the opening, [b] but due to concern that this might confuse the anime viewership, a decision was made to use a more upbeat J-pop song instead.

She had been given specific instructions by the producer to make the wording sophisticated and "philosophical". She reveals she got inspiration for the title from the manga A Cruel God Reigns. Both are considerably different in feel from the more hard driving original.

Inthe original vocalist Takahashi recorded a new single, which included a remake of both this song and " Fly Me to the Moon ", the series ending theme, to tie in with the theatrical release of the second Rebuild of Evangelion film.

The original version of the single paired with another song by Takahashi stayed on the charts for 22 weeks, peaking at In Februaryit received a Million certification from the Recording Industry Association of Japanfor more than a million copies sold through cellphone and PC download platforms.As a follow-up to Tuesday’s post about the majority-minority public schools in Oslo, the following brief account reports the latest statistics on the cultural enrichment of schools in Austria.

Vienna is the most fully enriched location, and seems to be in roughly the same situation as Oslo.

Many thanks to Hermes for the translation from initiativeblog.com Port Manteaux churns out silly new words when you feed it an idea or two. Enter a word (or two) above and you'll get back a bunch of portmanteaux created by jamming together words that are conceptually related to your inputs..

For example, enter "giraffe" and you'll get . 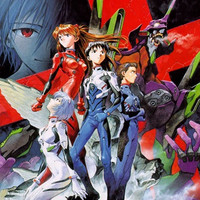 "A Cruel Angel's Thesis" (残酷な天使のテーゼ[?], "Zankoku na Tenshi no Tēze", "Zankoku na Tenshi no These"in Japan) is the theme song of the popular anime Neon Genesis Evangelion performed by Yoko Takahashi. It is used as the opening to the series, and two instrumental versions of it are played in the Writer: Neko Oikawa (lyrics), Hidetoshi Satō (composition), Toshiyuki Ōmori (arrangement).

The woman’s stage name was Haley Paige, but her real name was Miriam Haley (or Maryam Haley). Here’s the wikipedia page .